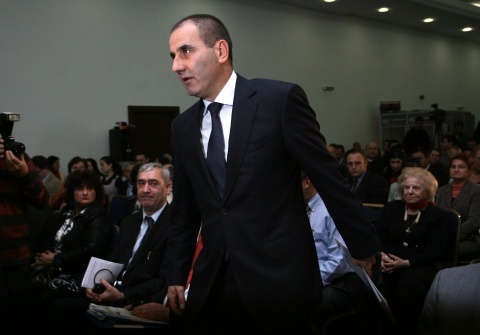 "Interior Minister Tsvetan Tsvetanov's periodic attacks against lawyers based on issues entirely beyond his competence divert public opinion from the real problems of the executive in the fight against crime," the Supreme Bar Council said in a declaration on Wednesday.

The statement, signed by Daniela Dokovska, Chair of the council, comes in response to Tsvetanov's recent claim that the Supreme Judicial Council (VSS) must exert control over the activities of lawyers to prevent them from deliberately protracting proceedings to benefit their clients.

According to the Supreme Bar Council, Tsvetanov's words are "an expression of blatant unfamiliarity with and a failure to grasp the provisions of the Constitution, the laws and international legal acts to which Bulgaria is a party."

Bulgarian legal practitioners also note that Tsvetanov's allegations that the participation of strong lawyers creates an imbalance in criminal proceedings is evaluative of the prosecuting authority and the investigative organs.

On Tuesday, Tsvetanov's televised remarks were condemned by the Bulgarian Helsinki Committee (BHC), which issued a renewed call for his resignation.

"This is not the first time that BHC advises Minister Tsvetanov to step down. The last time this happened was when he threatened Bulgaria's independent Bulgarian judiciary with repression in a similar expression of ignorant rudeness. It appears, however, that Bulgaria is no longer a country which adheres to the rule of law and this minister remains convinced of his impunity until further notice," BHC argued.