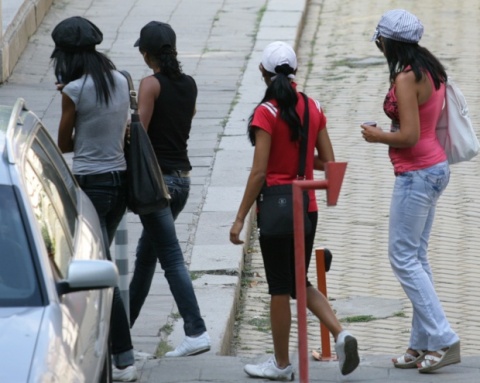 A study of the World Health Organization (WHO) shows that about 70% of women across the globe have been subject to some form of physical and/or sexual violence. Photo by BGNES

Every fourth Bulgarian woman is victim of domestic violence, a recent study reveals.

The study has been released on the occasion of November 25, which is designated as a day to fight violence against women since 1981.

According to experts, the most common form of domestic violence is rape, bTV reports Wednesday. The real scale and true nature of the issue are often hidden, since the majority of women keep silent about rape and other forms of domestic violence. The study shows that only 4% of all adult Bulgarian women admit they have been subject to rape.

According to estimates, adult women in Bulgaria are about 3 million, meaning that anywhere between 100 000 and 120 000 female Bulgarians are victims of domestic violence. The hidden share of women subjected to sexual violence is between 8% and 10%.

A study of the World Health Organization (WHO) shows that about 70% of women across the globe have been subject to some form of physical and/or sexual violence, but the percentage varies depending on the particular country – 15% in Japan to over 70% in Egypt and Peru.

On December 17, 1999, the United Nations General Assembly designated 25 November as the International Day for the Elimination of Violence against Women. The UN invited governments, international organizations and NGOs to organize activities to raise public awareness of the problem on this day as an international observance.

This date came from the brutal assassination in 1960 of the three Mirabal sisters, political activists in the Dominican Republic, on orders of Dominican dictator Rafael Trujillo (1930–1961).