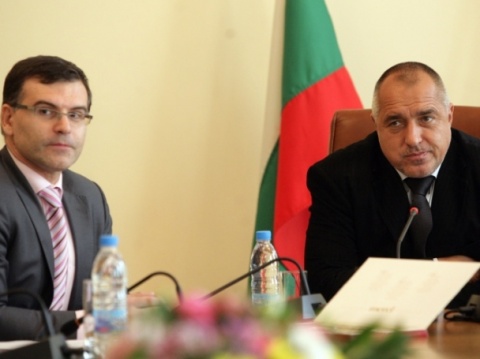 Bulgaria's Prime Minister, Boyko Borisov, is meeting Wednesday with the leaders of the Podkrepa (Support) Labor Confederation and the Confederation of Independent Bulgarian Syndicates (KNSB).

After the regularly scheduled meeting of the Council of Ministers, Borisov will discuss with the labor union the much controversial and sudden increase of retirement age and eliminating years of service in determining wages of State servants.

Also on Wednesday, there will be a parallel meeting between the syndicates, Transport Minister, Ivaylo Moskovski, and the management of the troubled State-owned Railway Company BDZ Holding over the planed reform there, the looming layoffs and termless mass strike of BDZ workers that is expected to bring Bulgarian trains to a standstill, beginning Thursday.

According to reports, the ruling, center-right Citizens for European Development of Bulgaria party (GERB) will announce later during the day its final position on increasing retirement age by one year, effective 2012 – from 63 to 64 for males and from 60 to 61 for females.

Podkrepa and KNSB declared Sunday that they are quitting the Three-Way Council, which now has only representatives of the business and the cabinet. The move means an imminent failure in negotiations on all important social and economic issues the Council deals with.

Meanwhile, Borisov admitted that Finance Minister, Simeon Djankov, had rushed too much in announcing the retirement reform.  Djankov's scolding came on the heels of the PM saying he is giving Social Policy and Labor Minister, Totyu Mladenov, the "yellow card" over his failure to deal with social tensions in the country.

The syndicates accuse Dajnkov of belligerent lies and demand his resignation both as Minister and as Chair of the Three-Way Council. They are asking Borisov to head the Council.

Defense Minister, Anyu Angelov, told journalists he was inclined to agree with upping by 2 years the years of service needed for retirement in the military. Estimates show the measure would delay the retirement of about 2 500 military personnel and would lead to savings of BGN 15 M a year for the budget of the Social Security Institute (NOI).