Bulgarians to Be Left Stranded During Railways Strike 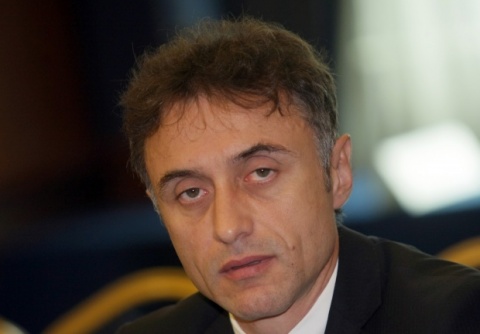 The mass strike planned at BDZ by the trade unions would only worsen the situation, according to the Director of the Holding's Board, Vladimir Vladimirov. Photo by BGNES

There is no way Bulgaria's troubled State-owned Railway Company BDZ Holding can provide buses during the railroad workers effective strike.

The statement was made Tuesday by the Head of the BDZ Passenger Transport Department, Metodi Hristov, speaking during a special press conference of the company's management at its headquarters in Sofia.

Hristov says the Holding has no resources to secure the 540 buses, which will be needed for transportation during the strike. Fares paid by those passengers, who will be blocked, are going to be reimbursed.

The management further declared the strike illegal and vowed to count by name those who take part.

All BDZ employees and workers are going to be required Wednesday to sign against their name if they were going to strike or not.

The labor unions insist the strike is legal. Earlier Tuesday, they confirmed they are starting an effective strike on November 24.

The strike had already been scheduled for Thursday from 8 am to 4 pm, but the railway labor unions informed at a special press conference Tuesday that the strike now will be termless – all trains will be halted every day between those hours.

Bulgaria's railway unions have vowed to stage a mass strike after the early November announcement of the management of the heavily-indebted BDZ company that it intended to lay off 2 000 workers, and reduce the number of trains in operation by 150 by January 2012, all while train fares would go up between 9% and 15%

Speaking in an interview for the Bulgarian National Television, BNT, Tuesday, the Chair of the BDZ Board of Directors, Vladimir Vladimirov, declared the management is unwavering about implementing the reform. He said the strike will cost BGN 600 000 a day, which would further sink the company, adding attorneys are working on grounds to declare it illegal.

Vladimirov announced that the number of annulled trains had been scaled down to 138, not 150, and the initial plans were for 200.

A while ago, Transport Minister, Ivaylo Moskovski, promised that in case of a railway strike, those affected will be bused.

BDZ has a debt of BGN 800 M and has become the subject of an investigation by the European Commission.