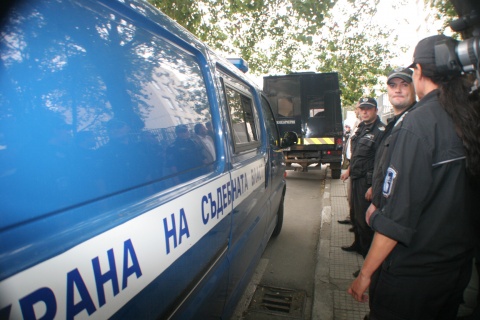 Kiril Rashkov Jr., grandson of notorious Bulgarian Roma clan leader Kiril 'Tsar Kiro' Rashkov, has been sentenced to 8 months in jail by the court in Asenovgrad for instigation to murder.

Rashkov Jr. has been tried in relation to events that led to the tragic killing of 19-year-old Katunitsa village resident Angel Petrov by a car full of Roma allegedly under his family's control.

According to the account of claimant Veselin Hristov, Hristov was walking in the village together with Petrov - a close relative - when Rashkov Jr. publicly threatened to murder him, due to a conflict between the families of the two.

Minutes after the threat was voiced on that September 23, the van ran over Angel Petrov, in an event that sparked anti-crime protests with anti-Roma overtones across Bulgaria.

The claimant's lawyer argued that the threat was real and her client had reasons to believe it would be carried out, and moreover it is of wider social significance as it was made in public.

28-year-old defendant Rashkov Jr. agreed the case to be heard using a swift procedure and made a full confession, which accounts for the light sentence.

Both parties have chosen to appeal the Asenovgrad court verdict. The claimant's party will request a more severe sentence, while the defendent has requested suspended sentence.

In the meanwhile, Bulgarian prosecution is investigating Rashkov Jr.'s grandfather Tsar Kiro for a number of criminal activities allegedly carried out over past years.