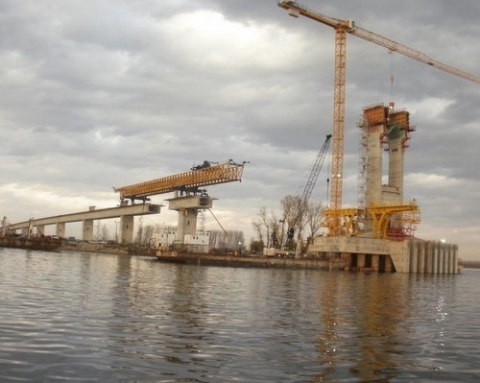 Romania may lose EUR 50 M in EU money due to Bulgaria's delay in the construction of the so called Danube Bridge 2, connecting Bulgaria's Vidin and Romania's Calafat.

What is unusual in the case is that the delay has been caused by Bulgaria, according to the Romanian Capital newspaper. The Romanian part of the construction has already been finished, the paper points out.

However, the European Commission may consider imposing financial corrections on Romania, since the Vidin-Calafat bridge is a joint project of the two EU newcomers.

The Bulgarian side has saved some time by extending the financing memorandum until January 1 2013, but Romania still risks losing EUR 50 M.

Recently, Bulgaria's Transport Minister Ivaylo Moskovski declared that Danube Bridge 2 should be fully functional by the end of 2012.

Meanwhile, Romania needs to strengthen the security on its side of the bridge in order to prevent locals from stealing parts of the construction and selling them for scrap, according to Capital.

The construction of the Vidin-Calafat bridge was set to be completed by October 2010, but has been significantly delayed due to technical difficulties.