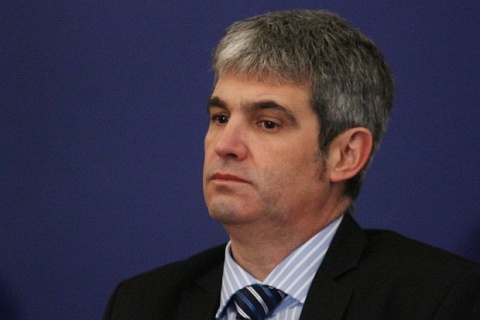 The Podkrepa (Support) Labor Confederation and the Confederation of Independent Bulgarian Syndicates (KNSB) announced Sunday that they are quitting the Three-Way Council with the business and the cabinet.

The move of the syndicates to leave the Three-Way Council means an imminent failure in negotiations on all important social and economic issues the Council deals with.

The joint decision, first announced by Podkrepa, stems from outrage against sudden plans of the cabinet to increase retirement age.

On Friday, the labor unions threatened the launch of a general strike over the initiative of Finance Minister Simeon Djankov to increase the retirement age unilaterally while disregarding the gradual increase agreement that the government made with the trade unions and the business associations back in 2010. The decision was made during an emergency meeting of the Consultative Council of Podkrepa and KNSB.

The syndicates are further outraged by Djankov's plans to eliminate years of service in determining pay for State servants.

Also on Friday, outgoing Bulgarian President, Georgi Parvanov, stated that he was considering imposing a veto on the cabinet's proposed amendment to up retirement age by one year, effective January 1, 2012.

Meanwhile, Bulgaria's railway unions remain unwavering in their vows to stage a mass strike after the recent announcement of the management of the heavily indebted state-owned railway company BDZ Holding that it intended to lay off 2 000 workers, and reduce the number of trains in operation by 150 by January 2012. In addition, ticket prices along state-subsidized routes will be increased by 9% as of January 1, 2012, and those of "business trains", i.e. the handful of profitable railway routes in Bulgaria – by 15% as December 1, 2011.

The BDZ labor unions reiterated Sunday that the strike is still scheduled for November 24 and it can go on for an undetermined period of time.