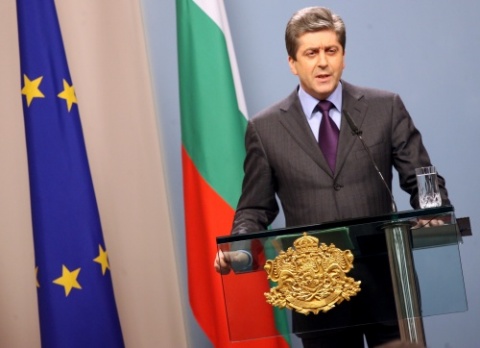 Outgoing Bulgarian President, Georgi Parvanov, is considering imposing a veto on the cabinet's proposed amendment to up retirement age by one year, effective January 1, 2012.

Parvanov, however, says he would first meet with members of the cabinet to hear their opinion, still stressing the government is acting in an unpredictable and inconsistent way in forming social policy rules.

"This sudden change contradicts the parameters of the retirement reform agreed on one year ago. This will erode the trust in the State of all – trade unions, employers and citizens. The threat of the syndicates that they would leave the Three-Way council where they participate along with the business and the cabinet would be detrimental to the social dialogue. I have always been against opposing one social or age group to another," the President stresses.

Parvanov sides with a number of economic experts, who say the increase of retirement age would not lead to serious revenues for the budget.

The Podkrepa (Support) Labor Confederation and the Confederation of Independent Bulgarian Syndicates (KNSB) threatened Friday to launch a general strike over the initiative of Finance Minister Simeon Djankov to increase the retirement age unilaterally while disregarding the gradual increase agreement that the government made with the trade unions and the business associations back in 2010.

Some Members of the Parliament have told the TV channel bTV that there are wide-spread fears retirement age would go up in 2012 not by one, but by two years.

bTV further reports that a check with NOI had shown that Bulgarians are rushing to retire in the eve of the pending increase of retirement age and the number of those going into retirement in 2011 is expected to reach 100 000.