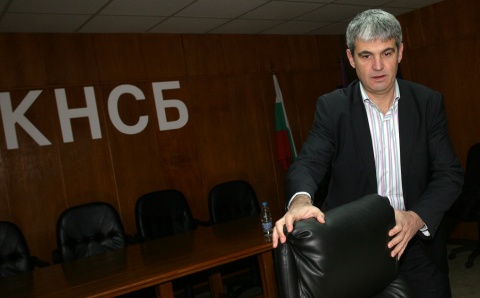 Bulgaria's two major syndicates have rebelled against the government's intention to up the retirement age by 1 year as of 2012.

The Podkrepa Labor Confederation and the Confederation of Independent Bulgarian Syndicates (KNSB) threatened Friday to launch a general strike over the initiative of Finance Minister Simeon Djankov to increase the retirement age unilaterally while disregarding the gradual increase agreement that the government made with the trade unions and the business associations back in 2010.

KNSB and Podkrepa are set to hold a joint sitting on Sunday, and to decide on how to prepare for a general strike as well as on their withdrawal from the National Council for Tripartite Cooperation, the meeting ground of the government, the business, and the unions.

"We will withdraw until somebody realizes that there needs to be dialogue," stated KNSB President Plamen Dimitrov.

The unions are going to meet with the parliamentary group of the ruling party GERB on Tuesday to discuss retirement system reform, the 2012 State Budget Act, which has already been adopted at first reading, as well as the crisis with the Bulgarian State Railways where the government has already laid off 500 workers, and plans to lay at least three times as many.

The syndicates are also insisting that the outgoing President, Georgi Parvanov, use his power of suspensive veto on the proposed retirement reform legislation.

Meanwhile, the Borisov Cabinet has made it clear it has not intention to back out of the idea to speed the retirement reform, starting it in 2012 instead of in 2021 as it agreed with the unions in 2010.

"The proposal to up the retirement age as of next year will be tabled to Parliament by MPs; I hope they will be brave enough to know what's good for Bulgaria in the long run rather than think about whether we will have a strike in two months," Bulgaria's Finance Minister Simeon Djankov said in Parliament Friday as cited by BTA.