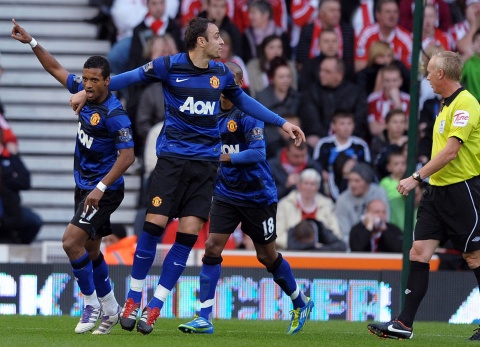 According to Insidefutbol.com, Napoli are ready to come out with an offer for the Bulgarian in January.

Even though United boss Sir Alex Ferguson has stated on several occasions that he is unwilling to lose Berbatov, reports have recently intensified that the striker may be leaving Old Trafford during the upcoming winter transfer window.

The Red Devils may otherwise lose him on a free transfer in the summer of 2012.

PSG, Galatasaray, Bayern Munich, Valencia and Milan are among the clubs reportedly willing to snap up the prolific Bulgarian forward who dropped down the pecking order at Old Trafford following the emergence of Danny Welbeck and Javier Hernandez.