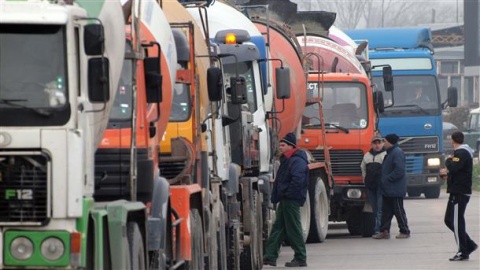 Bulgarian transport companies have complained of the short deadlined provided for ensuring compliance with a new relicensing regime. Photo by BGNES

A large number of Bulgarian transport companies may be forced out of business in December because they will not have enough time to prepare the documents for the re-licensing process established under a new ordinance.

According to Valentin Boyanov, Chair of the Bulgarian Union of Freight Carriers, as much as 70% of the existing nearly 4000 companies in the sector must be re-licensed by December.

The new regime established by the Ministry of Transport, Information Technology and Communications raises the bar for re-licensing in a bid to step up control in the sector.

The new rules, however, were promulgated in the State Gazette as late as end-October.

On November 09, transport companies started a petition against the changes, claiming that they contradict a number of existing laws.

"We are not against it but the time we have been given to ensure compliance it is too short," Boyanov stated.

He also explained that the firms would be forced out of business until they could provide the necessary document, which would take its toll on the transportation market.

"This means that January is a lost month to us. We shall have to stop trucks and leave them on parking lots because they cannot travel without a valid license," Boyanov argued, adding that the step would result in unexecuted agreements with private companies, thereby placing an additional burden on the business sector in times of crisis.

Freight carriers call for a grace period of six months for re-issuing licenses under the previous regime, after which the documents required under the new ordinance would start getting processed.

In Boyanov's words, the companies do not plan to stage protests or strikes because they are hope to be invited to the negotiating table or to receive an adequate response from the Transport Ministry.