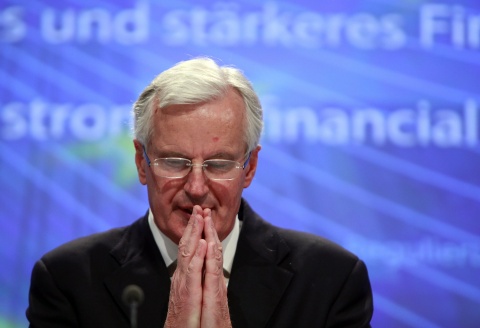 The European Commission is proposing legislation on international credit rating agencies that will all EU institutions to ban temporarily the rating of troubled countries, EU Commissioner Michel Barnier announced.

On the initiative of EU Commissioner for Internal Market and Services Michel Barnier, the European Commission will be proposing, on 15 November, a change to the 2009 regulation on ratings agencies.

Under the proposal, the European Market Surveillance Authority (EMSA) will be able to prohibit agencies from rating, for a limited time, countries that are under international, International Monetary Fund or European Union support, said Barnier, interviewed on BFMradio, on 14 November, as cited by Europolitics.

"The ESMA will be able to suspend a rating temporarily, for a two month period at a time it considers advisable, if the rating is likely to accentuate or accelerate market instability or irrationality," added the commissioner.

"This incident is serious and it shows that in the current tense and volatile market situation, market players must exercise discipline and demonstrate a special sense of responsibility. This is all the more important since we are not talking about just any market player but one of the biggest rating agencies, which, as such, has a particular responsibility," the French EU Commissioner Michel Barnier, who is in charge of Finance Services at the EC, commented almost immediately.

"I do not want to comment on the error itself - which was acknowledged immediately by Standard & Poors. It will be up to ESMA (which is the European Supervisory Authority of rating agencies), in coordination with the AMF (the national) to establish the facts, assess them and draw conclusions.

"All this strengthens my conviction that Europe must adopt strict and rigorous rules, including but not limited to the rating agencies. For nearly two years now, this has been my work," Barnier stated.