Bulgaria among EU Leaders in US Foreign Student Numbers 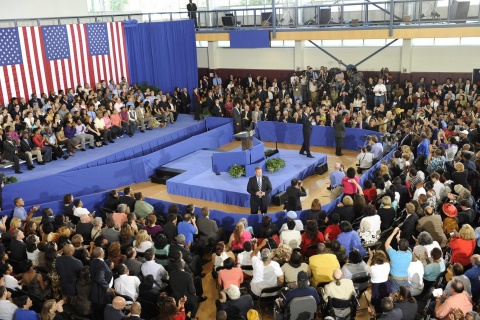 Bulgaria is ranked 44th in terms of the number of foreign students enrolled at US colleges and universities in 2010-2011, according to the annual report of the US Institute for International Education.

Regardless of the decline of the number of Bulgarians studying in the USA, Bulgaria is still ranked seventh out of the 27 EU member states, falling behind only Germany, the UK, France, Italy, Spain, and Sweden.

Bulgaria is the No. 1 country by international students in the USA from among all countries in Eastern Europe, with the exception of Russia and Turkey.

It is even ahead of Poland, Romania, and Ukraine, whose numbers show a similar year-on-year decline of about 10-15%.

Foreign students who studied at US colleges and universities went up 4.7% to 723 000 during the 2010 academic year, the report by the Institute of International Education shows.

These international students, together with their dependents, contributed over USD 20 B to the U.S. Economy, with most of them paying for their education with family funds.

In academic year 2002-03 the number of foreign students went down over tighter immigration policies and concerns over safety as an aftermath of the Sept. 11 attacks.

However, international enrollment has increased since 2006-07, increasing 32% over the past 10 years, according to the institute.

The Asian giant's one-child policy, in a way, helped because four grandparents could help shoulder the cost of an American education, which is considered of high value in China.

South Korea, which is ranked 3rd in terms of absolute numbers, is followed by Canada and Taiwan.

The top 10 list is completed with Saudi Arabia, Japan, Vietnam, Mexico, and Turkey.