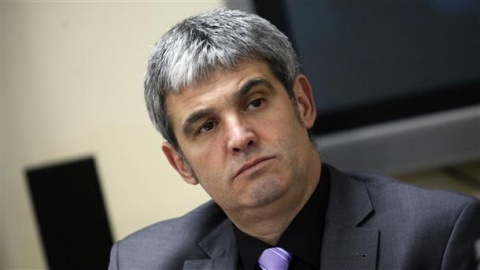 The Confederation of Independent Bulgarian Syndicates (KNSB) has voiced its disagreement with Bulgarian Finance Minister Simeon Djankov's proposal for a minimum retirement age increase from as early as 2012.

There has been an agreement reached by Djankov and the syndicates that have already found its way in Bulgaria's legislation, KNSB's chairman Plamen Dimitrov pointed out in an in terview for the Bulgarian National Radio on Friday.

"Every violation on behalf of Minister Djankov will destroy the social dialogue and will trigger  immediate actions. This is not a threat, we just want him to know what our reaction will be," Dimitrov declared. The syndicates are ready to organize a nationwide strike if Djankov's proposal gets trough.

Under the current Bulgarian legislation, the retirement age is not to go up until 2021. After that, it is supposed to increase gradually – every 12 months until it reaches 65 for males in 2024 and 63 for women in 2026, compared to the current 63 and 60.

Retirement age in Bulgaria is among the lowest in Europe, but so is the country's life expectancy.