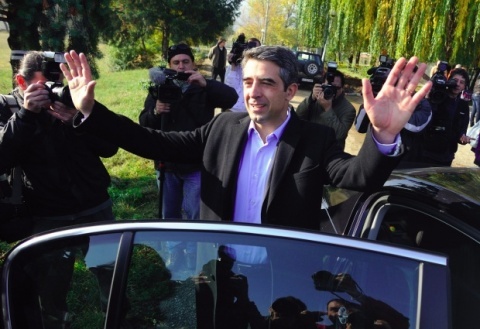 The win of Plevneliev, 47, strengthens power for his ruling GERB party, to push ahead with its agenda for painful economic and political reforms. Photo by BGNES

Bulgaria's new president, Rosen Plevneliev, announced last week (3 November) that he will spend some of his first day in office – in January – signing government decrees recalling ambassadors who collaborated with the secret services during the communist era.

The foreign ministry says 41 heads of Bulgarian diplomatic missions had links with the former state security service, so, with that many new vacancies in the offing, it would be a surprise if no one at Bulgaria's permanent representation to the EU were promoted or moved to a new posting.

What about the ambassador, Boyko Kotzev? Kotzev is not among the 41, according to the foreign ministry. But he was appointed in 2007, which means that his superiors might see this as a good opportunity to move him to pastures new. And since he was a deputy interior minister in a previous Socialist-led government, the centre-right government would have an extra reason to free up this plum posting.

Kotzev may not have collaborated with the secret police, but his appointment was not popular with those who disliked his father, Vasil Kotzev, a long-serving director of the communist-era foreign intelligence service. Should Entre Nous be readying itself to receive an invitation to a farewell party?