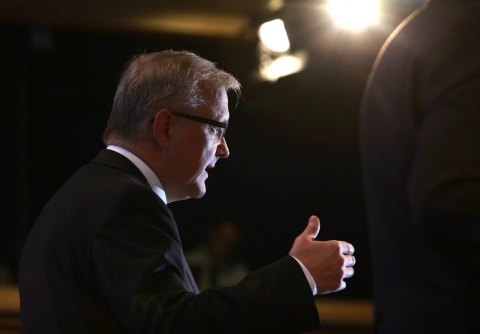 Bulgaria's economy will register a growth of 2.3 in 2012, according to the Fall Economic Forecast of the European Commission unveiled Thursday.

"The recovery in Bulgaria has been slow so far and is lagging behind the rebound in most EU emerging economies. The necessary correction of large domestic and external imbalances accumulated during the boom years continues at a fast pace," says the Commission in the section on Bulgaria in its forecast.

The EC Fall Economic Forecast presented by EC Commissioner for Monetary Affairs Olli Rehn came a day after Bulgarian Finance Minister said 2012 will be "much harder" than 2011 in economic terms.

He even dubbed the project of the draft 2012 State Budget Act for an economic growth of 2.9% in 2012 to actually be too optimistic judging on the grounds of the most recent information about the global economy that was not available to his team a month ago when the legislation was drawn.

"While exports strongly picked up above pre-crisis levels, domestic demand components have not stabilized yet and real GDP remains almost 5% down from the peak. Although average wages continued to outpace inflation and consumer confidence gradually recovered from the record lows in 2010, consumer demand was constrained by a continued decline in employment, rising consumer prices and building of precautionary savings. Fading net FDI over the past year in a context of still high private-sector indebtedness, conservative bank lending policies and lingering uncertainties on demand expectations greatly restrained the resumption in investment activity," the Commission explains in its economic forecast on Bulgaria.

The EC points out that after initially strong growth in Bulgaira in Q4 2010, momentum is slowing in 2011.