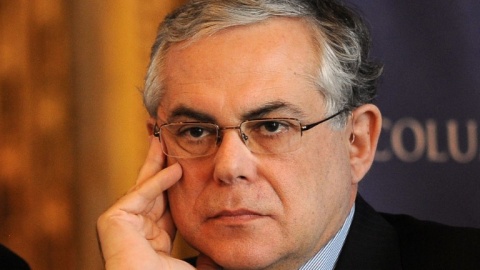 Lucas Papademos is one of the frontrunners to become the next prime minister of Greece. The former European Central Bank vice-president enjoys wide international respect for his financial expertise. Photo by BGNES

The new Greek coalition government is most likely going to be led by former Greek central banker and former vice president of the European Central Bank (ECB), Lucas Papademos.

Papademos, who will succeed PASOK's George Papandreou, enjoys the support and respect of a number of political parties.

The news was reported by Greek media Monday.

Lucas Papademos will be the new Greek Prime Minister, after Papandreou and opposition leader Antonis Samaras (New Democracy) reached an agreement last night, the Greek Ta Nea writes, but does not name its sources.

Several other media outlets such as Ethnos also report that Papademos is the most likely new PM of the country, even though the official decision is yet to be made.

After leaving the Central Bank of Greece in 2002, where he led the country's effort to join the euro zone, economist Papademos became the Vice President to Jean-Claude Trichet at the European Central Bank from 2002 to 2010. In 2010 he left that position to serve as an advisor to George Papandreou.

Papademos attended the Massachusetts Institute of Technology, gaining a degree in physics in 1970, a masters degree in electrical engineering in 1972, and a doctorate in economics, in 1978.

Since it is expected that the heavily-indebted country will run short of money in literally weeks, the EU set a Monday evening deadline to receive details on the new coalition cabinet of national unity, which must approve the USD 130 B bailout package.

Papandreou and Samaras declared Sunday they will agree by Monday on who the next country leader will be.