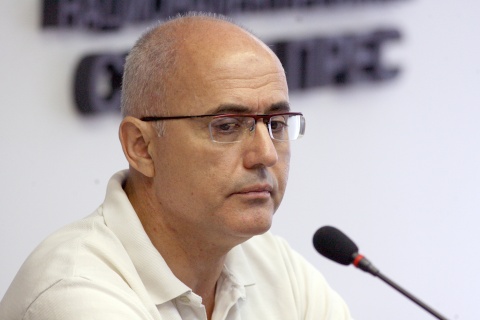 Archaeologist Lyudmil Vagalinski has warned that the rescue excavations near Shumen may be stalled by the coming snowfalls. Photo by BGNES

Four archaeological sites have been found on the route of a highway section under construction near the northeastern Bulgarian town of Shumen.

The National Archaeological Institute has already proposed to the Road Infrastructure Agency that urgent rescue excavations be carried out on the terrain, according to reports from private TV channel bTV.

A piece of processed marble led the experts to the conclusion that there were archaeological finds beneath the surface of the future highway stretch.

Under Bulgarian legislation, road construction works may resume only after the rescue excavations have been completed.

"Nothing is happening...and I am afraid that winter will come and we will have to postpone it for spring because we will no longer be able to work when it starts snowing ", said Lyudmil Vagalinski, director of the National Archaeological Institute and Museum of the Bulgarian Academy of Sciences (BAS), in an interview for bTV on Monday.

Stanimir Stoychev, head of the archaeological research, said that the experts had come across pieces of ceramics from the late Halcolite, the late Bronze Age, the late Iron Age, the Roman period and the early Middle Ages and suggested that the findings were remnants from settlements.

A representative of the Road Infrastructure Agency told journalists that construction works continued only in slots which were not on the territory of the archaeological sites.

Approached to comment on the matter, archaeologists said they were hoping that the current case would not be a repeat of the case with the southwestern village of Dren on the Struma highway, where a very rare necropolis dating back to the 7-6 centuries B.C. was destroyed before the Road Infrastructure Agency and archaeologists had managed to wrap up talks on extending the excavations.