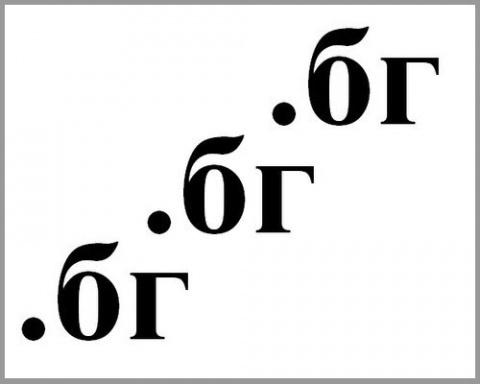 Bulgarians selected the now rejected "бг" suffix with a large majority during a poll. File photo

Bulgaria may apply once again for receiving the ".бг" Internet domain suffix for which it was snubbed on several occasions by the Internet Corporation for Assigned Names and Numbers (ICANN).

Bulgaria still has opportunities available to register its desired suffix, according to the country's newly appointed Deputy Minister of Transport, Information Technologies and Communications, Valeri Borisov.

Even though Bulgaria has no more options available to register its ".бг" domain suffix as far as the fast-track procedure is concerned, Bulgaria may still try the longer procedure, Borisov explained on Monday, as cited by the Bulgarian BGNES news agency.

Borisov added that he hoped there would be Bulgarian websites with Cyrillic domain extensions within 2 or 3 years, even though he stated one should not be "overly optimistic."