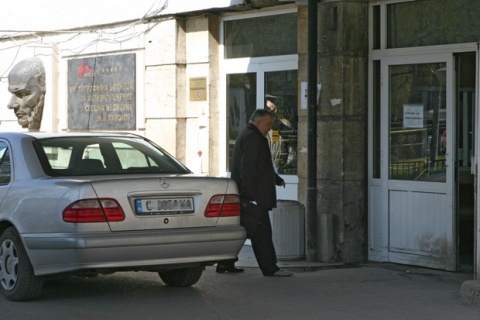 A teenage girl was listed in critical condition in the Sofia emergency Pirogov hospital (picture) after been hit by a car while on crosswalk. File photo by Sofia Photo Agency

The teenage girl, 13, who was hit by a car early Thursday morning, while trying to cross a major intersection in Bulgaria's capital Sofia, remains in critical condition.

The information was reported Saturday by the press center of the Sofia emergency Pirogov hospital where she is listed. She remains in a coma due to numerous fractions and head trauma

The girl was on a pedestrian crosswalk at the busy intersection of the city's Slivnitsa boulevard and Opalchenska street.

The driver, 35, says he did not see the girl, who, according to reports, was crossing the boulevard in the company of her mother. He remained on the spot and fully collaborated with authorities. His car is registered in the northern city of Lovech.

In 2003, a 14-year-old female student from the American College in Sofia was hit and killed on Sofia's Alexander Malinov boulevard. This incident also happened while the victim was on a crosswalk.