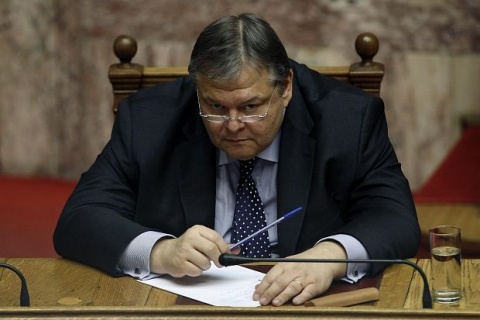 Greek Finance Minister Evangelos Venizelos (pictured) has been the strongest opponent of PM Papandreou within their PASOK party. Photo by EPA/BGNES

The new Greek coalition cabinet will have as top priority the approval of the European bailout package for the heavily indebted country.

The statement was made by Greek Finance Minister Evangelos Venizelos in the aftermath of the vote of confidence survived by Greek's Prime Minister, George Papandreou. Venizelos further says the new government will, most likely, be in place until February only.

According to international media reports, Venizelos is to replace Papandreou at the PM post.

The Finance Minister told the Parliament that the new coalition cabinet must reinstate the international image of the country and secure the quick release of the EUR 30 B tranche for recapitalization of Greek banks.

Venizelos further said the members of the new cabinet are still being discussed, but one thing was certain – they will be politicians.

According to the Minister, the coalition government will approve budget 2012, the mid-term program for financial stabilization until 2015, and conclude negotiations for participation of the private sector in reducing the Greek State debt.

Meanwhile, the leader of the main opposition New Democracy party Antonis Samaras had rejected the prime minister's idea of a coalition government and repeated his demands for immediate elections.

The bailout package was approved on October 27 and is set to give the heavily indebted Greek government EUR 130 B and a 50% write-off of its debts, in return for deeply unpopular austerity measures.