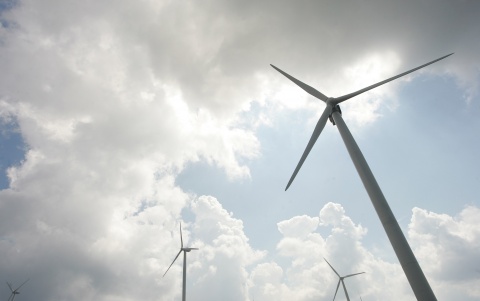 Russian media have tipped Lukoil as a potential buyer of a Bulgarian wind turbine park. Photo by BGNES

Lukoil plans to acquire a 20 MW wind turbine park in Bulgarian a deal worth EUR 50 M, according to reports of Russian media.

The acquisition of wind power plants is to be wrapped up by end-2011 or the beginning of 2012, the Bulgarian Telegraph Agency (BTA) announced, citing RIA Novosti.

A representative of Lukoil's press office is said to have confirmed the negotiations on the deal.

The oil processing plant came under pressure from the state in end-July over the company's failure to mount the mandatory measuring devices within the statutory deadline.

The installation of electronic measuring devices is aimed at providing a real-time connection to the database of the National Revenue Agency (NRA).

Lukoil had its tax warehouse operator permits revoked by the Customs Agency, which resulted in a halt in production and a turmoil in the government over the looming fuel supply shortages.

A few days later, however, the company filed an appeal and the refinery was allowed to resume operations until a final pronouncement of the court on the case.

The next court session on the case has been scheduled for November 09.

In July 2011, the European Commission gave the green light to the establishment of LUKErg Renew, a joint venture of Lukoil Ecoenergo (a wholly-owned subsidiary of Lukoil) and Italian LUKErg Renew.

The parties signed an agreement for the creation of the Russian-Italian joint venture on a parity basis in end-May 2011, with the initial share capital of EUR 35 000 to be paid by each shareholder on a pro rata basis.

The joint venture was set up to implement projects in the sphere of renewable energy use, initially focusing its operations in Bulgaria and Romania, followed by Ukraine and Russia.