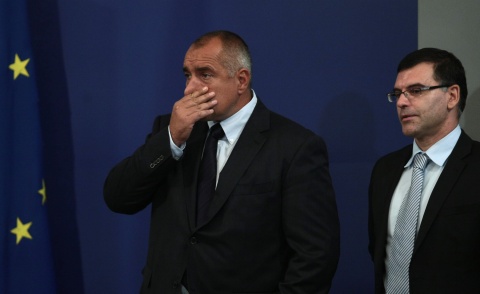 Bulgaria's budget deficit has declined by 46% in the first three quarters of 2011 year-on-year, according to latest data of the Finance Ministry.

In the first three-quarters of the current year, Bulgaria's national budget has accrued a deficit of BGN 483 M, while Bulgaria's EU transactions deficit (i.e. the country's contribution to the EU budget minus the absorbed EU funds) amounts to BGN 387.7 M.

In September alone, Bulgaria's monthly budget deficit was BGN 94.9 M, which is an increase compared with the BGN 11 M of deficit in August as well as with the BGN 18.9 M surplus in September 2010.

The Finance Ministry points out that the growth in state revenues is the result of higher income from indirect taxes, which grew by 12.7%, or BGN 865.1 M, compared with the same period of last year.

Bulgaria's total tax revenues, including social security and insurance payments, in the first nine months of 2011 amounted to BGN 15.08 B, or 82.2% of the total state income under the so called Consolidated Fiscal Framework. This is 72.9% of the projection for 2011 compared with 70.6% of the projection reach at the end of September 2010.

Bulgaria's revenues from non-tax sources and foreign aid amounted in the first nine months of 2011 amounted to BGN 3.27 B, or 59.4% of the projected sum.

Bulgaria's state spending, including its contribution to the EU budget, reached BGN 19.18 B in January-September 2011, which is 68.1% of the annual projection.