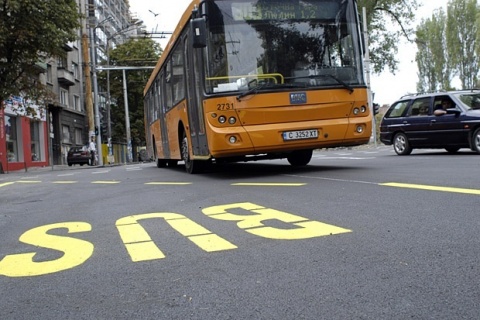 А two-day operation of Sofia's traffic police conducted in the capital's urban transport network will result in penalties for 120 drivers of busses and trolleybuses.

The traffic offences committed by the public transport drivers in the period October 27-29 were captured on CCTV cameras, the Interior Ministry's press office said in a statement on Monday.

The inspection revealed that drivers of public transport vehicles traveling along the Slivnitsa Blvd in the stretch between Stochna Gara and Konstantin Velichkov Blvd did not stop in the designated bus stop "brackets" and moved incorrectly on the traffic lane.

Another systemic violation committed by public transport drivers was crossing at red lights.

The most typical infringement carried out by trolleybus drivers in downtown Sofia, especially in the region of the Sofia University "St. Kliment Ohridski", was the failure to give way to pedestrians at zebra crossings.