Palestine Granted UNESCO Membership Despite Threat of US Funding Cut 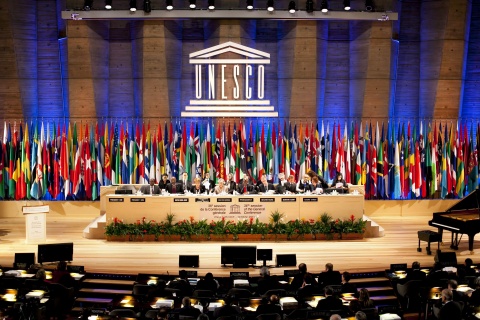 Palestine was admitted as a UNESCO member on Monday, a move that is expected to cause the US to cut off tens of millions of dollars in annual funding for the international organization.

During UNSECO's meeting in Paris on Monday, 107 countries voted in favor of the Palestinian bid, while 14 were against and 52 abstained, Al-Jazeera informs.

The US, Canada and Germany voted against the Palestinian membership, while Brazil, Russia, China, India, South Africa and France voted in favor. Britain abstained.

According to a 1990 US law, the US is to bar funding any United Nations agency "which accords the Palestine Liberation Organisation the same standing as member states."

Nearly 22% of UNESCO'S annual budget, or approximately USD 70 M, is financed by US funding.