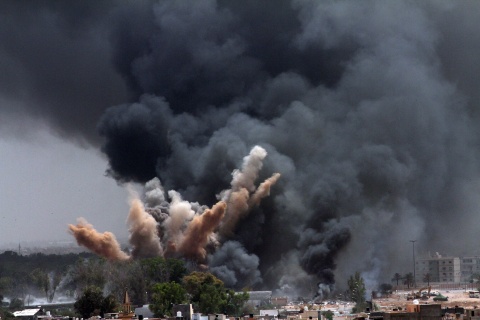 NATO has officially confirmed it will end its campaign in Libya on Monday, October 31, seven months after its mission in the North African country kicked off.

NATO's expected announcement comes a little over a week after the North African country's longtime dictator Muammar Gaddafi was killed by a Transitional National Council fighter outside his home town of Sirte.

"Our operation for Libya will end on October 31. Until then, together with our partners, we will continue to monitor the situation. And if needed, we will continue to respond to threats to civilians," NATO Secretary-General Anders Fogh Rasmussen declared on Friday, as cited by CNN.

"Libyans have now liberated their country. And they have transformed the region," Rasmussen added. "This is their victory."

On March 19, 2011, NATO-led international forces started air and rocket strikes against the Gaddafi regime under a UN Security Council mandate, with China and Russia abstaining in the UN SC vote.

NATO has already denied that its air strike against the convoy getting out of Sirte last Thursday was the product of a targeted killing attempt on the former Libyan dictator, and has claimed that the convoy was a legitimate military target.

Libya's interim administration is to form a new government within two weeks and hold elections within eight months.