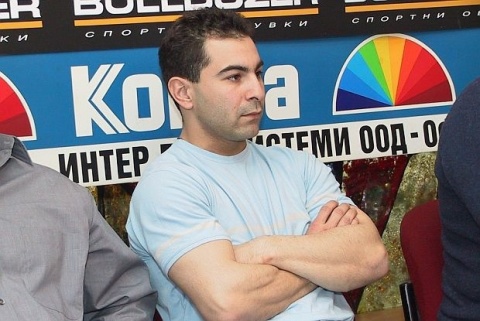 Galabin Boevski's professional sporting career practically ended in 2003 when he was punished for 8 years by the World Weightlifting Federation for doping use. Photo by Sofia Photo Agency

Galabin Boevski, 36, a Bulgarian Olympic weightlifting champion, who was busted at Sao Paulo airport in Brazil with 9 kilos of cocaine, has confessed to the crime.

The Bulgarian new agency BGNES reports Thursday that Boevski had expressed full readiness to collaborate with the authorities during the very first interrogation.

The report cites a diplomatic source, who has confirmed the news. Boevski had also requested help of a Bulgarian attorney.

Meanwhile, Bulgaria's Foreign Affairs Ministry sent to relatives of the champion a list with names of some well-known Brazilian lawyers. The country's diplomats are adamant this is the best way to go in defending him. If convicted, Boevski faces up to 15 years of jail time.

A check of the business registry had shown that the former champion has staggering debt with all his companies reporting huge losses, including the best-known Boevski 2000, and M Unit, Boevski and Boev and Scandal VIP.