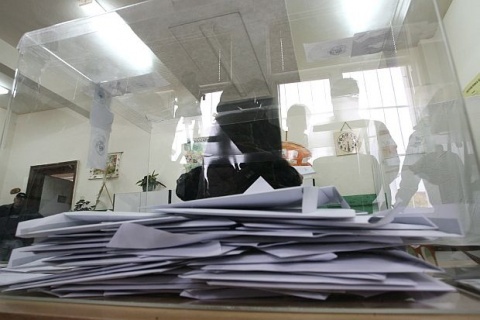 Top mobsters, who have been in hiding and wanted for years, have the right to vote in Bulgaria's presidential and local elections, unlike hundreds of decent citizens, who were banned "by mistake".

Nikolay Marinov, aka the Little Marguin, and Plamen Dishkov aka Kela, are just two of a few underworld lords, whom authorities surprisingly skipped to include in the restrictive list with Bulgarians banned from voting, a check has shown.

Interestingly it is namely the Interior Ministry, which is hunting for the wanted mobsters, which has submitted the faulty information, authorities have admitted. , is reputed to be one of the biggest mafia bosses in Bulgaria. He and his elderly brother Krassimir are also publicly known as being among the leaders of the SIC corporation - allegedly one of Bulgaria's two powerful mafia structures in the 1990s.

He has been tried in absentia together with his brother over charges of organizing a criminal group and plotting the murders of Nikola Damyanov, and Ivan Todorov aka The Doctor (a large-scale mafia boss specialized at international cigarettes contraband), and of General Lyuben Gotsev (who survived the attempt on his life).

The case has been dragging on for nearly six years already and has been postponed on several occasions over the ailing health of the defendants.

Plamen Dishkov aka Kela, a Bulgarian mobster sentenced for a gangland murder committed in 2002, was arrested in Portugal in August this year after 10 years in international hiding. Diskov, more widely known as Kela, was arrested Thursday in Cascais, Portugal, based on a European arrest warrant, the Bulgarian Interior Ministry announced. He is now to be transferred to the Bulgarian authorities.

34-year-old Kela (born in Burgas in 1976) disappeared on November 22, 2002, a day after the murder of Dimitar Stamatov aka Mastera, a businessman dealing with meat production who was gunned down in front his hotel under construction in the Bulgarian Black Sea city of Burgas.

In 2007, the Burgas Appellate Court sentenced Plamen Dishkov in absentia to 20 years in jail for ordering and acting as an accomplice in the murder of Dimitar Stamatov, after it was proven that Kela committed the murder together with two other men.

Before that, in 2004, Kela was acquitted on charges of organizing the murder by the Burgas Regional Court, which said that there was not enough evidence linking him to the crime.

Kela, a well-known brutal young mobster who was known as the representative of the Bulgarian criminal empire SIC along Bulgaria's southern Black Sea coast in the mid and late 1990s, was revealed to have received USD 10 000 for carrying out Stamatov's murder.

The murder itself was directly committed by Boyko Stoyanov, who also received a 20-year sentence in 2007; the third man, Todor Nedelchev, was sentenced to 16 years in jail as an accomplice.

Long before Kela's sentence was announced, however, just days after Stamatov's murder, he fled by plane to Poland. Since then Kela is rumored to have been hiding in Germany, France, the USA, and Cyprus.

Dishkov's career is emblematic for many of the medium-level mobsters in Bulgaria in the 1990s, which was marked by the war for control of the country between two criminal empires – VIS (later VIS-2) and SIC.

Kela is a graduate of the Burgas Sports High School specializing in boxing. His qualities are said to have led to his quick growth in the underground in Burgas, and he quickly got very rich in the late 1990s, moving subsequently to legalize his riches through fuel trade, real estate business, bars, and trade with agricultural products.

Back in January 2001, two SIC lower-ranking SIC mobsters were killed in Burgas in an bomb attack in a Burgas bar that was believed to have been targeting Kela, who was only lightly wounded, and was reported to have been hidden by family members and the local police to keep him alive.

The attack against Kela is believed to have organized by rival mafia boss Dimitar Zhelyazkov, aka Mityo Ochite ("The Eyes") (who is currently imprisoned on organized crime charges), in response to an earlier attack Kela staged against Zhelyazkov killing his ex wife and her brother.

In April 2011, Kela made headlines in absentia when his father Kolyo Dishkov demolished himself Kela's luxury three-storey sea view villa, which was proven to have been built illegally for at least EUR 100 000.