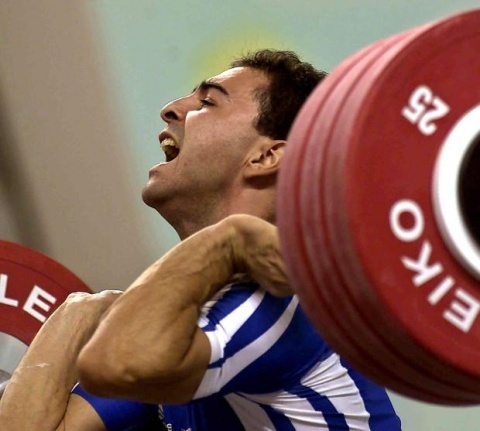 Bulgarian weightlifter Boevski has been arrested with cocaine in Brazil. Photo by monitor.bg

Galabin Boevski, a Bulgarian Olympic weightlifting champion, has been apprehended in possession of 9 kg of cocaine at the Guarulhos Airport in Sao Paulo, it was made clear on Thursday.

The Bulgarian faces 15 years behind bars, Brazilian authorities have explained.

Late on Wednesday, it was initially announced that Boevski had been caught with just 2 kg of cocaine. However, the amount turned out to be much higher, the Bulgarian BGNES news agency announced early on Thursday, after contacting a Brazilian airport official.

Boevski was detained when he was on his way back to Bulgaria with his daughter Sara, who took part in an international tennis tournament.

He was found to be carrying the drugs by the airport authorities, and was arrested. His daughter was allowed to fly back to Bulgaria.

Boevski's arrest is not the first scandal his name is involved in. His professional sporting career practically ended in 2003 when he was punished for 8 years by the World Weightlifting Federation for doping use.

In 2008, Boevski's family made headlines when his son Paul hurt himself with his own gun in a school yard.

Boevski's greatest weightlifting success was in 2000 when he won the Olympic title at the Sydney Olympics. He is married, and has one son, and two daughters.