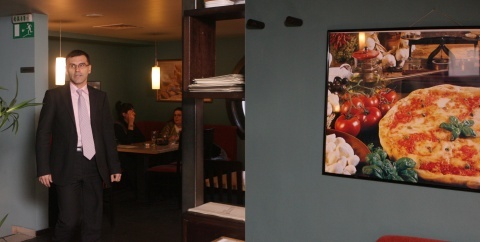 Bulgaria aims to have a budget deficit of 1.35% of gross domestic product, a growth of 2.9% and inflation of 2% in 2012, according to the budget draft for next year.

"In nominal terms, the 2012 budget resembles the 2011 budget," Finance Minister Simeon Djankov told reporters after the cabinet discussed the draft on Monday.

Djankov stressed that more money have been allotted for science and justice, while the budget for security agencies have been cut. He expressed the hope that bringing down the budget deficit will shield the economy from the blows of the European debt crisis.

The government is expected to approve the budget on October 31 after discussing it with the trade unions. After the cabinet gives it the green light, it will be tabled for debates in parliament.

Two years ago Bulgaria’s finance minister Simeon Djankov famously used a meatless pizza as a metaphor for the austerity 2010 budget. Local media have described budget 2012 as a meatless pizza too, which is however even not decorated with olives.