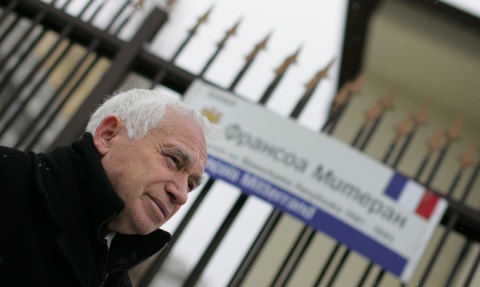 Bulgaria's first democratically elected President Zhelyu Zhelev has been hailed as "the most important European in Tunisia" at the time of the North African country's first ever democratic elections.

Zhelev went to Tunisia shortly before the country's general elections held Sunday in his capacity as a Special Envoy of the Bulgarian Foreign Minister Nikolay Mladenov for the democratization process in the Arab world.

The elections come nine months after in January 2011 a popular uprising that ended decades of authoritarian rule by President Zine El Abidine Ben Ali, and served to inspire similar developments in other Arab countries that led to the ousting from power of long-serving dictators – Hosni Mubarak in Egypt and Muammar Gaddafi in Libya.

The protests also spread to countries in the Middle East such as Syria, Yemen and Bahrain.

"In my view, you are now the most important European in Tunisia. You represent all of Europe here today," EU Ambassadors to Tunisia, Dutch Adrianus Koetsenruijter, stated when meeting Bulgaria's ex President Zhelev on Monday, as cited by the press center of the Foreign Ministry in Sofia.

Zhelev and the acting EU Ambassador in Tunisia have noted the similarities in the democratization process in the Arab world and the former communist states in Eastern Europe which are now part of the European Union.

"The visit of President Zhelev in Tunisia in his capacity as a Special Envoy signifies the establishment of an active position by the Bulgarian state with respect to the democratic reforms in the Arab nations," explained the Bulgarian Foreign Ministry, adding,

"The expertise possessed by Bulgaria and in particular by President Zhelev, who is an emblematic figure of the Bulgarian democratic transition, should be united with the efforts of the EU to back the transition from autocracy to democracy in Tunisia."

Zhelev's schedule in Tunisia is packed with meetings with leading political figures, NGOs, and international diplomats such as representatives of the National Democratic Institute of the USA such as the former Presidents of Peru and Bolivia Alejandro Toledo and Jorge Ramirez.

He observed the elections in a Tunisian polling station and share his impressions with other international observers.

Zhelyu Zhelev, a long-time anti-communist dissident, served as President of Bulgaria in 1991-92 and in 1992-1997. In 1992, he became the first democratically elected President of the Republic of Bulgaria.

Tunisia's elections have been widely praised as being free and fair even though Western commentators have expressed concerns over the expected win of Ennahda, a formerly banned moderately Islamist party.