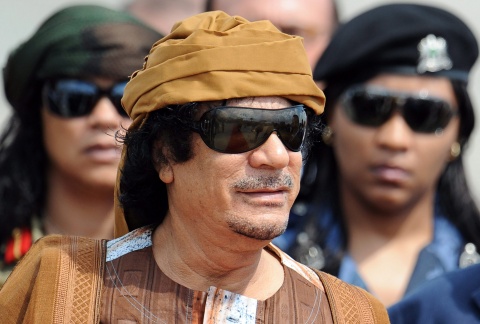 NATO is yet to confirm the reports that Libya's overthrown strongman Muammar Gaddafi has been captured and probably killed.

On Thursday, it was reported that Col Gaddafi was found hiding in a hole in his hometown of Sirte. The former leader reportedly begged Transitional National Council fighters not to shoot. Some reports say Col Gaddafi has been wounded, others that he has been killed.

On Thursday morning, NATO aircraft bombarded two pro-Gaddafi military vehicles in the vicinity of his hometown of Sirte.