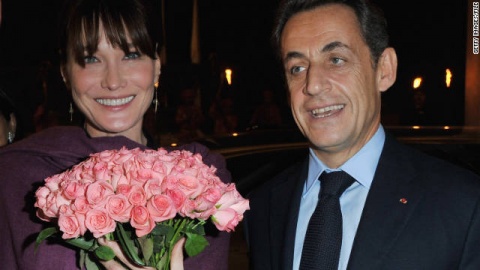 Carla Bruni, wife of French President Nicolas Sarkozy, has given birth to a girl at a Paris clinic, local media reported.

A close family friend confirmed the news for CNN, saying that the mother is doing well.

The Elysee Palace had decided not to make any announcement of the birth since it considered the pregnancy "a private family matter".

It is the first child for the couple, who wed in February 2008. Bruni, 43, announced in early September that she was pregnant and vowed to keep the child out of the spotlight.

Sarkozy divorced his wife of more than 11 years before marrying Bruni. He has three sons from previous marriages.

Italian-born Mrs Bruni-Sarkozy, a former supermodel and singer, kept a low profile during her pregnancy. She has vowed not to make photographs of the child public because "exposure to public life is an adult choice".