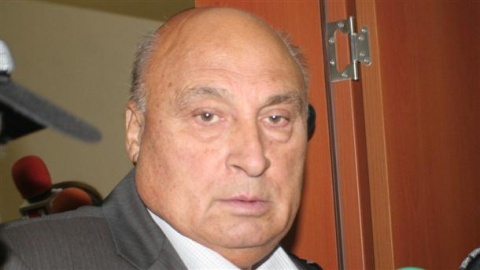 Bulgaria's notorious Roma boss Kiril Rashkov AKA Tsar Kiro is behind bars on charges of making death threats. He is probed for large-scale tax evasion. Photo by BGNES

Taxes owed by the family of notorious Roma boss Kiril Rashkov AKA Tsar Kiro in the amount of BGN 98 000 have been transferred to the account of the National Revenue Agency, NRA.

The news was reported by Darik radio Wednesday, citing the Head of the NRA Local Taxes Department in Bulgaria's second largest city of Plovdiv, Nikolay Nenkov.

The taxes are for the 2002 – 2007 period and the amount is everything that had to be collected for Rashkov's real estate properties, according to Nenkov. Since taxes have not been paid by the 2008 deadline, tax agents have issued citations for tax evasion and the collection of the overdue amount has been assigned to the now closed Agency for State Collections.

The amount has been deposited in person by Tsar Kiro's wife, Kostadinka.

Previous media reports have listed much higher numbers for taxes owed by the family – allegedly up to BGN 6 M.

Kiril Rashkov is behind bars on charges of making death threats to Katunitsa residents, involving Angel Petrov, 19, who was run over and killed by a van driven by one of Rashkov's associates on September 23. The incident triggered large-scale protests across the country, some of which turned to clashes between ethnic Bulgarians and Roma. Hundreds were arrested.

Tsar Kiro was detained on September 28. He is also probed for large-scale tax evasion.

Meanwhile, Sunday and Monday, residents of the village of Katunitsa, which is near Plovdiv, staged road blockades to demonstrate that their issues have already been forgotten by the authorities.