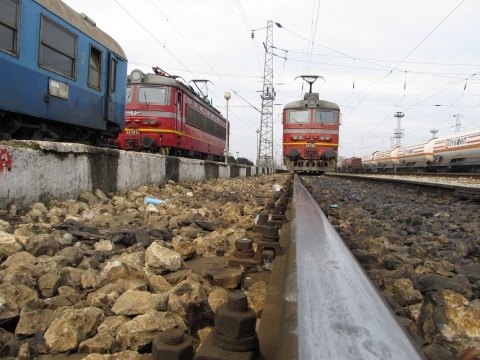 Looming strikes, recall of newly-purchased Siemens trains, debts nearing BGN 1 B, and World Bank refusal to grant a massive loan are only some of the most pressing disasters for the Buglarian State Railways BDZ. Photo by BGNES

Bulgaria's Transport Ministry is hoping to get EUR 300 M in EU financing for the purchase of new railway cars for the State Railroads BDZ.

Transport Minister, Ivaylo Moskovski, says that on January 1, 2011, his experts will be ready to apply for funding for railway cars and engines for the 2014 – 2020 program period, adding money for new trains could be secured as early as 2011 if some funds under other operational programs remain unabsorbed.

Recently, the Minister for the Management of EU Funds, Tomislav Donchev, explained that in the spring of next year it would become clear if money can be transferred from one program to another.

According to Moskovski, experience from public tenders to purchase metro cars shows the latter take about 18 months while payments are due in 2015, thus there will be enough time to order new trains if EU funding is to become available in 2011.

BDZ have already asked to be included as beneficiary under the EU Transport operational program, but the prerequisite is to invest first in the railroad infrastructure. There is ongoing rehabilitation with funds from the program on several railway sections in southern Bulgaria.

In March 2011, the Deputy Head of the unit responsible for Bulgaria in the Directorate General for Regional Policy of the European Commission, Karsten Rasmussen, stated that the country has the worst railway system in Central and Eastern Europe and unless there is serious reform, it did not make sense to pour EU funding in it.

Currently, the reform plan is being altered under directives of Finance Minister, Simeon Djankov, to work on measures to increase revenues in order to get a loan from the World Bank.