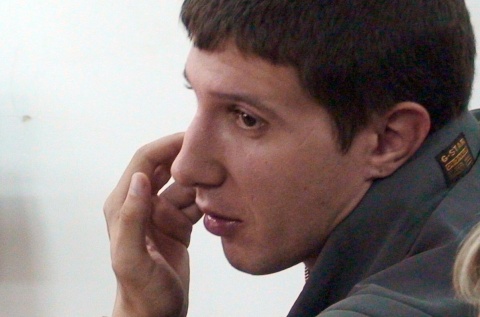 A young Bulgarian man has been sentenced for stirring ethnic violence and racial hatred by organizing a Facebook event entitled "Roma Slaughter."

23-year-old Slav Zhechev got a 10-month suspended sentence with a three-year probation period, the Varna District Court ruled on Thursday.

He was found guilty after on September 28, 2011, he started the "Roma Slaughter" Facebook event from his personal Facebook profile and "urged people to take actions with respect to this event."

His sentence is based on article 162 of the Bulgarian Penal Code for stirring ethnic and racial hatred through "electronic information systems."

Zhechev's Facebook event came in the midst of the several days of anti-Roma protests by nationalist groups across Bulgarian cities spurred by the murder of a 19-year-old Bulgarian boy, Angel Petrov, in the village of Katunitsa near Plovdiv, by associates of notorious Roma boss Kiril Rashkov, aka, Tsar Kiro.

Zhechev's native city of Varna was among the places of attempted pogroms by nationalist protesters against the local Roma quarter, which led the local Roma to arm themselves, culminating into a night of mutual provocations when local riot police and gendarmerie barely prevented ethnic clashes.

"He told me that he just created the event as a joke. He never even attended any of the rallies. There has never been racism in our family," Zhechev's mother told reporters outside the courtroom. "He is very sorry about what he did, and he never intended the actual results of such an event."

In addition to the probation, Zhechev was sentenced to a public censure through the local media as well as to a confiscation of his crime tool, i.e. his PC.

The prosecutor who initially demanded a jail sentence for Zhechev does not plan to appeal the court ruling.