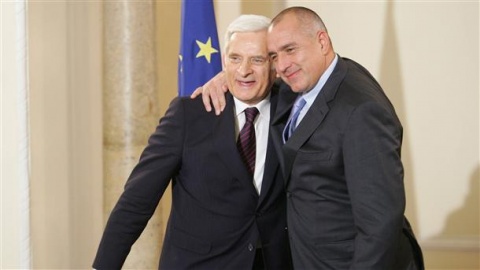 The President of the European Parliament, Jerzy Buzek, stated Wednesday he was 100% optimistic that Bulgaria and Romania will become full-pledged members of the Schengen zone in the next few months.

Buzek spoke for the Brussels correspondent of the Bulgarian National Radio, BNR.

Members of the European Parliament are going to discuss Wednesday the two countries blocked Schengen membership with representatives of the European Commission and the Council of Europe while their resolution, appealing to not base the decision on the issue on national populism, is expected to be voted Thursday.

In the eve of the debates, Buzek recommended to Bulgarian authorities to focus on more active dialogue with the Netherlands and Finland, which are vetoing Bulgaria's joining of Schengen on the grounds of not enough effort to successfully deal with corruption.

"All technical criteria are fulfilled; we all know this very well and there isn't any doubt here, but it is very important for the Bulgarian government to be more active and explain better the situation to some countries. It is normal for them to have their own doubts. It is the same in the European Union – when things are explained step by step, they do happen," the EP Presidents said.

Buzek's comments came in the aftermath of statements of Bulgaria's Prime Minister, Boyko Borisov, in Brussels Tuesday evening, saying Bulgaria is in reality the safest Schengen border of the EU. The two were at the opening ceremony of the Bulgarian Thracian Treasures exhibit in the building of the EP in Brussels.

At the end of September, the Netherlands and Finland vetoed the accession of Bulgaria and Romania to the visa-free Schengen Area on the grounds to two newest EU members will not be able to safeguard the Union's external borders.