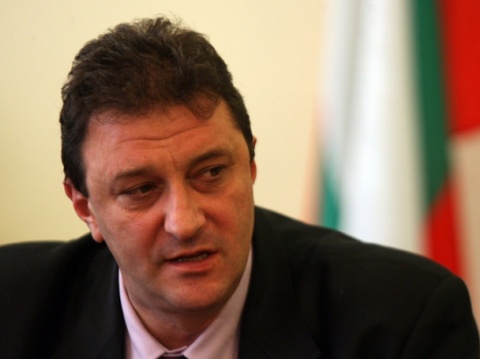 Bulgaria's former Transport Minister, Petar Mutafchiev, from the quota of the Bulgarian Socialist Party, BSP, in the Three-Way Coalition cabinet. Photo by BGNES

The police and the Prosecutor's Office are working on two leads regarding the 1 000 railway cars owned by the Bulgarian State Railways (BDZ) that have gone missing.

The information was revealed by Bulgaria's Deputy Prime Minister and Finance Minister, Simeon Djankov, who spoke Tuesday for the morning show of the TV channel bTV, saying both leads were "somewhat true."

The first one is that part of the cars left the country as early as the Yugo embargo and never came back. On Monday, however, neighboring Serbia denied having any BDZ cars on their territory.

The second one is that the cars were cut for scrap 4-5 years ago when Petar Mutafchiev was Transport Minister from the quota of the Bulgarian Socialist Party, BSP, in the Three-Way Coalition cabinet.

Djankov further said that information from last week from the Criminal Police unit has confirmed that 1 000 railway cars are missing, adding he has passed the information to now Transport Minister, Ivaylo Moskovski.

The Finance Minister explained BDZ are technically insolvent since 2008.

When asked if it was possible for BDZ to completely stop work, he replied that the company has staggering, unpaid debts, but it is impossible to not have a railroad company, which also has social functions.

"The State is giving them BGN 220 M anyway for this year and it would still end up not being enough. BDZ will stay, but it cannot stay with a debt of BGN 800 M," Djankov stressed.