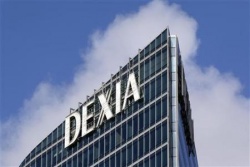 France, Belgium and Luxembourg are to bail out the troubled bank Dexia, following fears it could go bankrupt, becoming the first bank to fall victim to the euro zone sovereign debt crisis, BBC reported.

The Belgian government will buy the bank's division in Belgium for USD 5.4 B.

"We found an agreement on the fair division of the costs related to the management of the 'rest bank'," Belgian Prime Minister Yves Leterme told a news conference in the early hours of Monday.

The largely retail operations has 6,000 staff and deposits totaling USD 107 B for 4m customers.

The plan came after French and German leaders agreed that Europe's crisis-hit banks need to be recapitalised.

Dexia would be left with 1bn in assets, some of which are described as "toxic". They would be covered by state-backed guarantees: 60.5% from Belgium, 36.5% from France and 3% from Luxembourg.

Dexia asked for help for the second time in three years after a liquidity squeeze sent its shares tumbling.

The situation with Dexia is the latest warning sign over the health of Europe's lenders. It has a global credit risk exposure of around 0bn, twice the gross domestic product of Greece.

Under the plan, Dexia's French municipal finance operations will come under state control. The bank is also expected to announce the planned sale of its healthy businesses, such as Denizbank in Turkey.

The burden of bailing out Dexia led to a warning from the ratings agency Moody's that it could cut its rating on Belgium's government bonds.