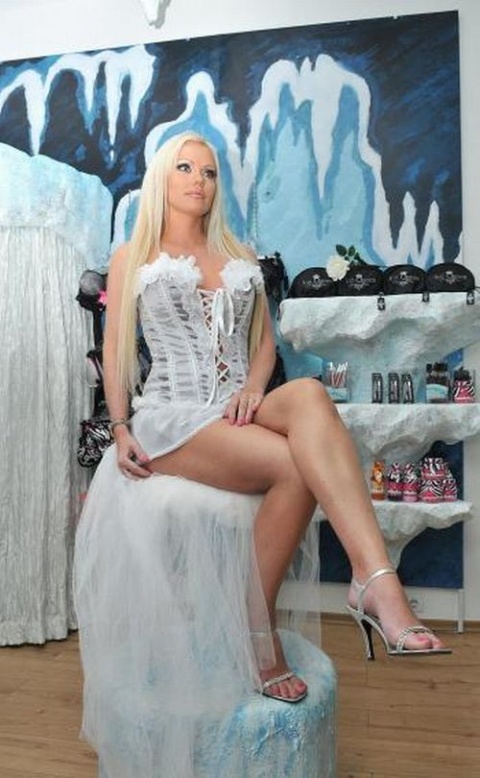 Icelandic model Asdis Ran at the opening of her luxury cosmetics and underwear store in Sofia. Photo by Bulphoto

Asdis Ran, aka the "Icequeen", a popular Icelandic model, has opened a store of her own in a shopping mall in the Bulgarian capital Sofia.

Ran, who is the wife of Icelandic footballer Gardar Gunnlaugsson, has risen to great popularity in Bulgaria after 2008, when her husband joined the squad of top Bulgarian team CSKA Sofia for two years.

Her own store in Sofia features cosmetics and luxury underwear made in Iceland and Bulgaria. Ran herself appeared in underwear at the opening of the store, accompanied by her husband.

Since 2008, Asdis Ran has been a popular appearance on all Bulgarian TV channels, and has been featured on the cover of every major lifestyle magazine in Bulgaria, including making it to the cover of the Bulgarian Playboy in July 2010.