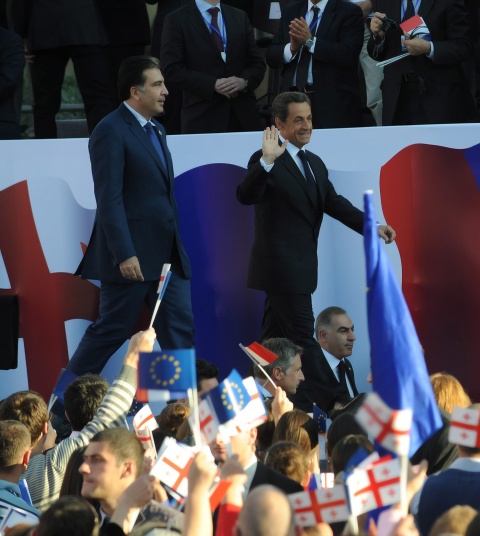 French President Nicolas Sarkozy has reiterated France's support for the territorial integrity of Georgia, whose former autonomous regions South Ossetia and Abkhazia have seceded after the Georgian-Russian War of 2008.

Sarkozy spoke before several thousand people at the Freedom Square in Tbilisi Friday as part of his tour of the Southern Caucasus states.

The French President – in his capacity as head of the French EU Presidency - was the one who brokered the peace deal between Russia and Georgia that ended the six-day war over South Ossetia in August 2008. However, subsequently, both South Ossetia and Abkhazia declared independence from Georgia with massive Russian support.

Speaking in Tbilisi Friday, Sarkozy made it clear he is committed to "the sovereignty, independence and territorial integrity" of Georgia. He also called on Russia to respect its commitments under the ceasefire agreement, as cited by Expatica France.

Georgia accuses Russia of violating the agreement by not pulling its troops back to pre-war positions and "occupying" the rebel provinces of Abkhazia and South Ossetia, which Russia recognized as independent states after the 2008 conflict.