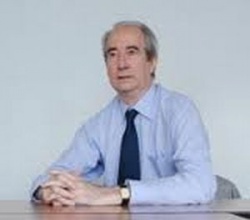 Exclusive interview of Novinite.com (Sofia News Agency) with Jean-Paul Pollin, Professor of Banking at the University of Orleans, France.

Prof. Pollin was in Bulgaria as part of Le Studium program for international academic exchange of the research institutions and universities of France's "region Centre". He delivered a lecture on the "Financial Crisis and Public Debts" at the Red House discussion club in Sofia, sponsored by the French Embassy in Sofia.

What is the focus of the program that brought you to Bulgaria?

I came to Bulgaria as part of the international academic exchange program "Le Stiduim", which represents the research institutions of France's "region Centre". This is an organization that is in charge of coordinating the international ties of the higher education institutions in our region. Currently, we have a Bulgarian researcher at the University of Orleans, Nikolay Nenovski, who came up with the idea for this exchange. We came to Bulgaria to establish relations with Bulgarian scientists. We have already visited the Bulgarian Academy of Sciences.

What is that you focus on in your lecture for the Bulgarian public?

All developed states saw a very substantial increase of their public debts, which grew by an average of 20% of GDP from 2007 till 2010. In the case of the USA, the increase is from 62% to 90%. This is a very serious problem.

I focus on four major issues. First, the necessary changes that should be made with respect to making budget estimates. Because in order to stabilize this debt, to prevent it from growing constantly, public spending needs to be reduced or taxes need to be increased by 1% over the next 10 years, which is extremely important.

It is also very important to determine whether all states need to do that simultaneously, in a coordinated fashion.

The second thing is to define the objective that should be achieved as well as the time period to do that – what the debt to GDP ratios are we targeting for a certain period of time.

My third point is whether the debt problem can be regulated without fixing the problems underlying these debts – such as problems with social imbalances and inequality, or competitiveness.

Last, I focus on how to improve budgets for a longer period of time in order to avoid an economic collapse – which could result from such changes if they are made too fast – as well as on the proper institutions to do that.

What would you say was the more specific mechanism through which the financial crisis has translated into a debt crisis? Could this development have been avoided?

The transformation of the financial crisis into debts stemmed from the fact that states were forced to rescue the banks, to protect employment, and to strengthen economic activity.

But probably the most important factor was that the recession provoked by the financial and economic crisis reduced the income of the states, i.e. the tax revenues. It is precisely this reduction of state income from taxes – the economists call the state's funding sources "automatic stabilizers" – that contributed substantially to the emergence of the debt crises.

The economic crisis could have been avoided because the financial markets were highly deregulated. Also, credits helped compensate for the imbalances – people accrued subprime loans – because they were too poor to face the consequences of what was happening.

It is also true that the debts were generated by problems with competitiveness. This is true for Greece, for Spain, as well as, certainly, for a number of other euro zone countries. Even for the USA where there is a serious trade deficit, i.e. an imbalance in foreign trade.

What is your forecast – how is the situation with the debt crises going to evolve for the time being?

It is hard to say because the solutions for overcoming the crisis are partly a matter of politics.

As you know, the euro zone is rather divided on the ways to manage the crisis. Some states and the European Central Bank believe that Greece needs to be rescued if we want to avoid a collapse of the euro, and the spreading of the contagion to other countries.

On the other hand, there are countries such as Germany, Finland, Belgium, the Netherlands that believe that a better exit strategy would be to accept a Greek default, and even Greece's potential quitting the euro zone.

It is difficult to predict the developments. But I personally think that we will avoid an implosion of the euro zone. However, for a period of some 5-10 years there will be very low economic growth with great oscillations.

As far as the measures to cope with the debt crisis are concerned – do you place the focus on the national level?

To the contrary – I think that the only way to overcome this crisis is through very strong coordination of the respective measures within the EU and the G-20. There needs to be full-fledged coordination within these bodies.

However, I am afraid that we are not ready for such coordination because we have very different interests.

Are the expectations – and specific proposals – for a greater political integration within the euro zone realistic? More specifically, I mean the plan of French President Nicolas Sarkozy and German Chancellor Angela Merkel for a euro zone government. Earlier, there was the call of outgoing ECB President Jean-Claude Trichet for a joint Finance Minister of the euro zone.

I think that the euro zone won't be able to continue to function if it evolves in the direction of allowing greater sovereign decision-making by the individual states.

The major "sin" of the euro has been that we wanted to create a common currency without the respective political union.

This was the way that we chose for creating the first ever common currency – and we now have to correct this mistake. There is just no other solution.

As far as your question whether seems realistic is concerned – right now it does not. But we can make progress by taking small steps in this direction.

And a great first step would be to have a common Finance Minister of the euro zone – which is Mr. Trichet's proposal. Actually, this proposal came too late because I remember that earlier Mr. Trichet wasn't very keen of it.

Back in 1998, France had proposed the creation of a Euro Group precisely in order to have a center for coordination of budget policies of the member states, and so that the European Central Bank can have an interlocutor whom it could address.

I think that the proposal for a common Finance Minister of the euro zone is a very good one, and that everything that contributes to the strengthening of the management of the euro is something good and necessary.

If greater political integration of the euro zone doesn't seem realistic for the time being, what needs to happen for the Germans to swallow bailing out everybody else, and for everybody else to swallow the Franco-German conditions, to put it that way? How can these proposals for greater political integration be "sold" to the public in the euro zone countries?

Not unlike all other euro zone states, Germany has an objective interest in preventing the implosion of the euro zone. Germany benefited from the euro in terms of greater economic growth, and the cost would be too great to abandon it.

It is very difficult to even estimate this cost because if that happened, there would be constant bank crises, and states would have to invest massively in order to recapitalize their banking systems. This would be extremely costly so we would need to think hard about that.

Nobody has an interest in the implosion of the euro zone even if we are right in thinking that the way we went about creating the euro and the euro zone was incorrect.

Bulgaria has some of the lowest public debt and budget deficit in Europe at present. Is it possible for it to benefit from these advantages – for example, in terms of attracting FDI – in a time when most of the other countries are facing serious debt and deficit crises?

From the point of view of public debts, Bulgaria's situation is among the best in Europe. Bulgaria enjoys economic stability that is well above that in most other states.

However, by saying that, I would also like to underscore that a country's attractiveness to investors doesn't rest solely on these indicators. For example, you could have a small deficit and public debt by foregoing infrastructure and other investments.

Of course, there is no doubt that what we see in Bulgaria is a good picture of state finances. Bulgaria will have greater freedom than the others, and it will at least be spared the need to carry out new transformations that others will have to do.

Would you advise Bulgaria to give up its low taxes – which are the lowest in the EU – i.e. to yield to French and German pressure into doing that in order to be deeper integrated with the euro zone? For example, the demands for common EU tax rates were raised when France and Germany first came up with the Euro-Plus-Pact, whose provisions were then made non-binding.

It is very obvious that if we wish to create a homogenous economic zone, we need to have tax harmonization. I understand that Bulgaria has a very different tax policy from what we have in France or in Germany.

We don't have nice recollections of what Ireland did – the so called Irish tax dumping – so we don't wish to see this happening.

But as far as the euro is concerned, first of all, I think that there will most likely be a pause before a new enlargement of the euro zone because you can see what difficulties arise when countries that differ greatly come together.

But I also think that because of your currency board system, Bulgaria at present doesn't have much interest in joining the euro zone. The adoption of the euro doesn't seem like it should be an underlying objective for Bulgaria right now.

In spite of all that, however, I think that homogenization is something extremely important for common economic area. I repeat – we weren't very happy with what Ireland did with respect to taxes.

The role of international credit rating agencies – Moody's, Standard and Poor's in particular – have been severely criticized with respect to its effects on the debt crises and financial markets. Do you think this criticism has been justified?

I think that we have attached too much importance to these credit rating agencies for a very long time. I can remember that since the early 1980s these agencies have made mistakes – not because they have been dishonest or incompetent but because things like the forecast of a bank bankruptcy or state default are extremely difficult.

It turns out that because of the role they play for the financial markets, the information coming from these credit rating agencies has the attributes of a self-fulfilling prophecy. It is enough to say, for example, that Italy is doing bad, the interest rates will go up, and Italy will really start doing bad, and might even default, a snowball effect.

This snowball effect is not normal, and probably state-owned agencies would be doing a better job. You that there is an idea to create a European credit rating agency, which will be less subject to conflict of interests.