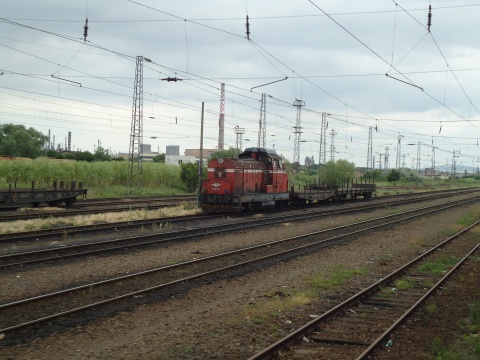 Between 500 and 1000 railway cars owned by the Bulgarian State Railways (BDZ) have gone missing, the BDZ management has revealed.

BDZ Board Chair Vladimir Vladimirov told BNT Tuesday that about 500 have not been discovered during the revision of the railway company's assets.

He thinks the cars might have been stolen and sold for scrap, or the people doing the revision might have just failed to find them.

The case with the missing hundreds of railways cars is under investigation by the police.

The information about the suspected crime was confirmed by Transport Minister Ivaylo Moskovski, who, however, said he had information that over 1000 freight cars went missing over the past 7-8 years.

Vladimirov explained Tuesday that since 2001 many of the railway cars were recorded as "unaccounted for", meaning that the cars were technically counted as part of the state company's assets but were never "found" during the respective checks.

"This way of doing things must be terminated – recording railway cars as unaccounted for," he stated.

According to official BDZ data, the company has about 11 000 freight cars but only half of those are used regularly. Meanwhile, a number of logistics and shipping companies have complained that BDZ cannot meet their demands for freight transport.