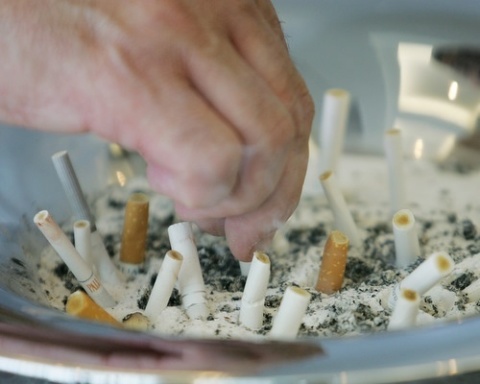 A number of Bulgarians have given up smoking due to higher cigarette prices since the beginning of 2010. File photo

Bulgaria's Customs Agency have collected in the first nine months of 2011, 21% more in revenues from excise duty, compared to the same period of 2010.

The data was published Tuesday by the Customs' press center.

The total amount collected is BGN 1.3 B.

The additional revenues have been logged without an increase of the excise tax, which means that either the number of smokers and smoking have increased or the gray economy and the black market have shrunk, according to the Customs.

However, at the same time, the quantities of contraband cigarettes seized by the Agency are also up – 184 M pieces for the first nine months of 2011, which is by 54 M pieces more or by 41% more, compared to the same period of 2010.

Despite the optimistic report of the Agency, cigarette makers in Bulgaria have alarmed that the illegal cigarette market is continuing to expand and its current share is about 40%, the Bulgarian Dnevnik daily writes, citing their own sources.

This share has been 35% in 2010. The boom of contraband cigarettes is often explained by the increase of the excise duty on cigarettes in the beginning of 2010 with the legal market shrinking further over some people giving up smoking, due to higher prices, or switching to cheaper brands.