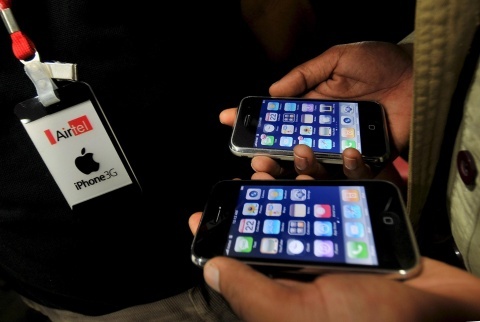 Experts say that the tender for Bulgaria’s fourth operator is long overdue because of the high penetration on the market and the high starting price. Photo by BGNES

Bulgaria's telecoms regulator said it has opened a tender for a fourth mobile phone license with a starting price at nearly BGN 50 M.

Six companies have submitted applications for the UMTS license, the Communications Regulation Commission said in a statement, but declined to reveal their names.

The regulator was obliged to open a tender for a 3G mobile phone network license after 4G COM company applied for the license in July.

4G COM was established in late May this year and is owned by Evgeni Tzolov, a check in the trade registry shows.

Tzolov has had stakes in a number of companies, including Swiss company ARWEX AG, which made headlines two years ago over an unfavorable deal with the state railway company.

In November 2009 prosecutors indicted Hristo Monov, former Director of the Bulgarian state-owned railway company BDZ Jsc for approving a deal for the purchase of 30 sleeping railway cars, in which the Swiss company ARWEX AG was the executer.

According to the investigation, the Bulgarian state has lost EUR 9,990 from the detrimental deal made by Monov who paid EUR 550 000 per sleeping car, whereas the actual market price has been found to be EUR 217 000.

Currently there are three mobile operators in Bulgaria - Mtel, Globul and Vivacom.

Experts say that the tender for Bulgaria’s fourth operator is long overdue because of the high penetration on the market and the high starting price.