Bulgarian Journalist Banned from Facebook over Report on Katunitsa Clashes 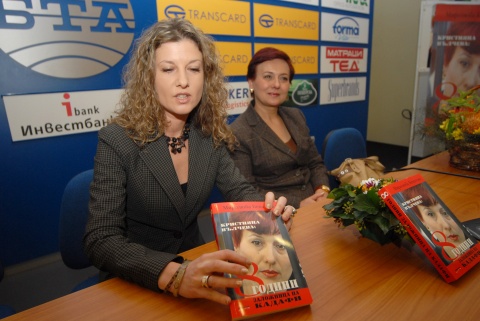 Bulgarian journalist and reporter from the TV channel bTV, Mirolyuba Benatova, has written a note on Facebook after her profile and personal page have been deleted by the administrators.

Benatova was one of the first Bulgarian reporters to arrive in the village of Katunitsa last Friday after clashes and arson erupted. The journalist became under fire for saying in a live TV broadcast that the people who were destroying properties were football club hooligans.

Tensions in Bulgaria were sparked by the September 23 murder of Bulgarian youngster, Angel Petrov, 19, who was deliberately run over by a minivan, driven, according to witnesses, by one of the relatives of notorious Roam boss from Katunitsa, Kiril Rashkov AKA Tsar Kiro. The murder led to massive protests of the ethnic Bulgarians in the village, where Tsar Kiro's mansions are located. They culminated Saturday night into the burning of Rashkov's properties, allegedely, by football hooligans from Plovdiv, which is near to Katunitsa, and by football club fans from the capital Sofia and the southern city of Stara Zagora.

Bulgarian authorities have frozen Rashkov's assets and property while he is investigated on tax evasion charges, the revenue agency has confirmed. Interior Ministry Chief Secretary Kalin Georgiev told the morning broadcast of Nova TV channel Wednesday that Rashkov, AKA Tsar Kiro, has been arrested. On Friday the Regional Court in the town of Asenovgrad ruled to keep Rashkov behind bars.

Below is the full text of Benatova's note:

I am Mirolyuba Benatova, but I am writing from here, because people who dislike me have banned me. My personal Facebook page has been reported to the administrators as harmful and offensive, and according to the rules of the social network, I am deleted.

Until a day ago, I had the right to exist on the internet and voice my opinion the same way as those who wrote against me. No longer.

... After a week of verbal terror, instigation of hatred, threats and extreme anti-Semitic statements on the "Mirolyuba Benatova Enemy of Bulgarian People" page, fans of this style of communication organized themselves into deleting me. As they organized themselves to pour hundreds of the same electronic messages, filled with lies about my reporting on the Katunitsa conflict. They wanted me banned, fired, deported, desecrated, and punished.

They demanded from me to apologize for calling those they see as representatives of the civil society "football club fans, who behaved outrageously."

The boys, who took pictures with Nazi gestures in front of the fire, demanded from me to say they are righteously angered citizens.

It never crossed my mind to report them to be banned, because I believe in presenting arguments and the right to speak up one's mind. I wasn't afraid.

Most likely, what I am writing here does not pertain to you. Maybe it looks personal and you think I must deal with it on my own.

For days I have been violated and killed with words, not because someone does not like me (of course, this matters as well), but because I called things with their real names. I was doing my job as a journalist according to the rules of the trade. I did not enter in any scenarios, did not replace the event, did not support protests, organized by political parties, silently backed by the police.

Now they are banning me both as a professional and as an individual.

And because I believe in arguments, not violence, I am writing to you.

And you, if you believe you have reasons to support me, I am certain you will find a way to let me know.

I thank in advance all my friends, who are going to share my note.