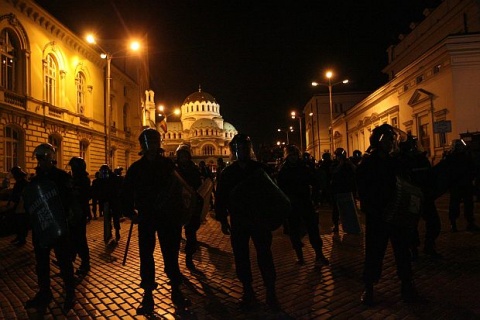 Seven major cities in Bulgaria are potentially dangerous with respect to ethnic tensions as a result of the recent anti-Roma protests after the murder of an ethnic Bulgarian boy in the village of Katunitsa a week ago, according to the Interior Ministry.

The cities in question are Sofia, Plovdiv, Varna, Pazardzhik, Veliko Tarnovo, Blagoevgrad, and Kyustendil, shows a report of the Interior analyzing the organization of protest rallies across the country in the past fews days.

19-year-old Angel Petrov was murdered by associates of Roma boss Kiril Rashkov, aka Tsar Kiro, in the village of Katunitsa last Friday, which spurred protests across the country over the situation of the Roma minority, which many ethnic Bulgarians view as "privileged" when it comes to collecting taxes or punishing criminal gangs.

"There has been one positive thing about everything that happened since last Friday - we now have an idea about the location of potential ethnic conflicts that can arise in the future, if this problem doesn't find a more responsible solution," Veselin Vuchkov, acting Interior Minister (Interior Minister Tsvetan Tsvetanov is on vacation), told Darik Radio Friday.

When it comes to the identification of the seven most dangerous spots about ethnic clashes, Vuchkov pointed out that there are dangerous locations elsewhere as well but that these cities are the major ones, and warrant the greatest amount of attention.