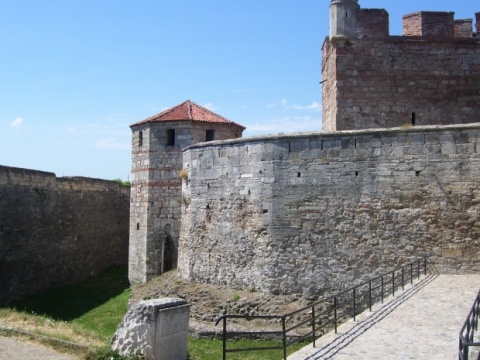 The northwestern city of Vidin is in a critical financial condition after the municipality's accounts were blocked due to court proceedings. Photo by darik news

Bulgaria's northwestern Vidin municipality is in a dramatic financial condition after its accounts were frozen.

Phone services and power supplies to the municipality have been cut off over non-payment and traffic lights in the city have been out since September 15 for the same reason, according to private TV channel bTV.

The municipality's accounts have been blocked, leaving it with no access to the local budget.

The administration is currently surviving on its state subsidy, which cannot be frozen under Bulgarian laws.

Bulgarian Finance Minister Simeon Djankov explained Friday that the Vidin municipality had incurred liabilities of BGN 22 M, of which BGN 4 M were long-term and the remaining BGN 18 short-term.

Responding to a question of socialist MP Mihail Mikov, Djankov argued that the debts had been accumulated due to bad management of municipal financial resources.

Mikov, however, reminded that Vidin was entirely under the control of center-right ruling party GERB, including the mayor, the municipal council and the district governor.

"With debts of BGN 22 M and a budget of BGN 33 M it is plain to see that this is a bankrupt municipality. Each citizen of Vidin has been burdened with sums that cannot possibly be paid back", the left-wing MP insisted.

Vidin's financial woes were unleashed as two companies filed lawsuits against the municipality for damages sustained from the construction of Danube Bridge 2.

A non-ferrous metals company won a case for BGN 1 M in missed profits, claiming that the bridge builders had obstructed the access to its warehouses.

The Vidin Municipality is also facing an unprecedented garbage crisis because it cannot pay the concessionaire company in charge of cleaning the city.

The firm is currently providing services without receiving any payment, which it may stop doing whenever it wishes to.

Vidin Mayor Rumen Vidov is currently on a leave of absence and has entrusted city affairs to his deputy.