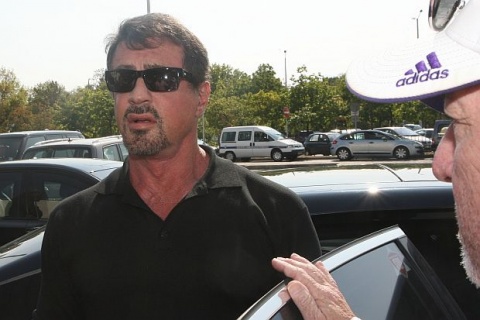 "The fight scenes in this movie will be much bigger and better than those in the first part. The scale of production is much larger, so it will get people in Bulgaria feel very proud. I want to tell them that we will have a great time and will spend lots of money here, which will help the economy. At the end everyone will be a winner."

Hollywood superstar Sylvester Stallone comments on Thursday after landing at Sofia airport on Thursday for the shooting of the much anticipated sequel to "The Expendables", whose driver he is believed to be