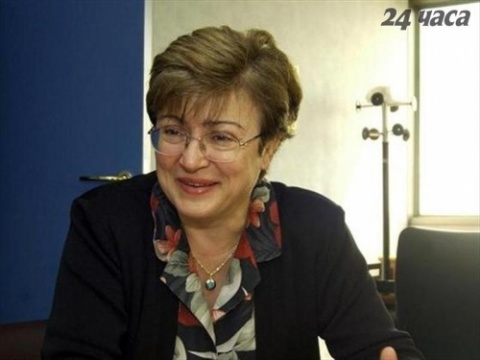 The European Commission is not going to issue an official statement or comment on tensions in Bulgaria because this is an internal problem for the country and the responsibility of its cabinet.

The information was reported Thursday by Bulgaria's EU Commissioner on International Cooperation, Humanitarian Aid and Crisis Response, Kristalina Georgieva, who firmly declared that such conflicts are very alarming, especially when they are based on ethnicity and used for political gains.

"I believe the cabinet is acting very seriously and responsibly from what I have seen in the last few days as decisiveness, and as actions – they are needed to cut the roots of such ethnic conflicts; this is the way," Georgieva said.

The Commissioner further stated that Prime Minister, Boyko Borisov, has sent a clear message to all – society must not be torn apart by contradictions fueled over political goals like gasoline fuels fires, adding her impression from talks with friends and relatives was that Bulgaria did not want a threat on ethnic peace and there was public support to deal with the problem with ethnic clashes.

When asked what else could be done, Georgieva pointed out it would be crucial to "scan the horizon and see where a crisis could be coming from in order to be prepared and prevent it.

"When such crisis starts, we must have clarity, and act swiftly and decisively and when it is over, we must learn our lessons, so that we could integrate them in the next one. Prevention is always the best solution and if we cannot prevent something, then we need decisive actions," the Commissioner explained.

Tensions in Bulgaria flared after the September 23 murder of Bulgarian youngster, Angel Petrov, 19, who was deliberately run over by a minivan, which, according to witnesses, was driven by an associate of notorious Roma boss Kiril Rashkov AKA Tsar Kiro. The murder led to massive protests of the ethnic Bulgarians in the village of Katunitsa, where Rashkov's mansions are located. They culminated Saturday night into the burning of Rashkov's properties by football club fans from Plovdiv, which is near to Katunitsa, and by football club fans from the capital Sofia and the southern city of Stara Zagora.